Get fresh music recommendations delivered to your inbox every Friday.
We've updated our Terms of Use. You can review the changes here.

The End As Predicted 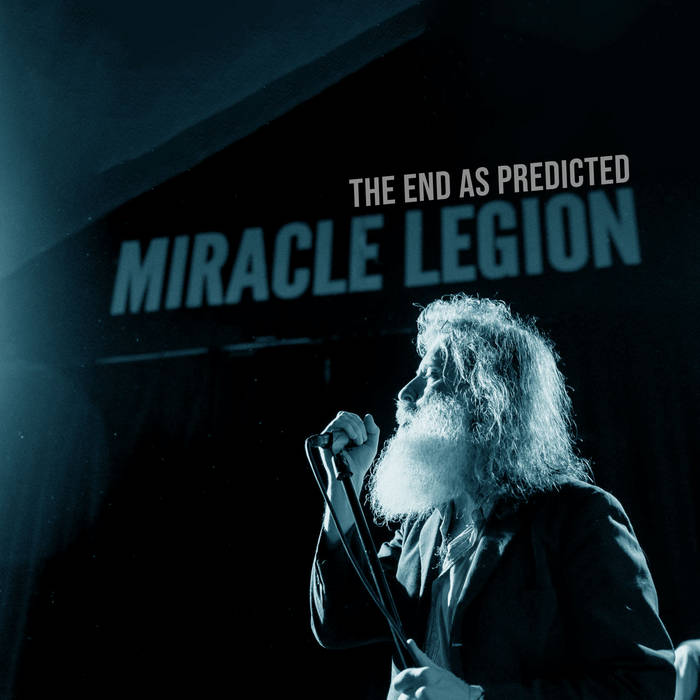 David Iacino Because if it's the end, it's a fine end indeed. Favorite track: Accidentally on Purpose.


‘The end, is just a little harder when, brought about by friends.’-Jesus
This is a recording of the last ever Miracle Legion show. There have been plenty of times when we went on stage that I definitely thought it would be the last time, but that was always just a hunch, a concern. This time was different. We had announced it and we all agreed this would be the conclusion. The sleeping punch would finally come to our heroic palookas, and it would happen in San Francisco. We drove up the lovely dusty 5 from Los Angeles with all the usual chat and snax. We did all the normal load in, sound check, free dinner, start drinking ritual that was the ML method. It was just another night on the other side.
When it was pretty near time to play I got thinking if this really would be the last time. We all like/love each other very much and so no one could really see the finish. ‘It’s just sheets on the furniture.’ someone said. No one said that, but it was as misty as I’ve seen it. (not discounting the tears shed in Manchester when Joey broke the loo.) We always shake hands before we go on. It’s the rule. Now Boots,The Rooster, Marty, Chex, McCoy and Rico took the oath one more time and then played then best show of our lives.I don’t think that’s true, but it was certainly the best last show of our lives. Yes it certainly was. Definitely.

Thanks to Britt Govea, Kristina Arellano and everyone at The Chapel.


The Bay Bridged review of the show:-

"Miracle Legion played a set that was enthralling for fans. Evoking the excitement of an old-time church revival, Lead singer Mark Mulcahy touched fans heads as if blessing them during his performance. A woman lifted her arms up in what we call the filled-with-the-spirit stance in the South and shared a moment with Mulcahy that envied any exchange between the television evangelical and the studio audience member hoping to be saved. However, there was an utter absence of charm and grace in Mulcahy’s stage presence. He seemed slightly possessed rather than possessive, stomping his red-laced boots on the monitors with furor and literally kicking his heels up. Guitarist Ray Neal, or Mr. Ray as he is known to fans, looped impressive guitar licks around Mulcahy’s guttural vocals. The pair seemed very much in synch with each other, and perhaps a little out of touch with the world around them. The more dethatched they became, the more riled the fans responded. The almost speaking-in-tongues twill of “Closer to the Wall” was a highlight of the set. Mulcahy spit-talked trying lyrics at rapid fire to a quaking crowd that absorbed every ounce of his message.

Though they’ve said it about a half dozen times, this was supposedly Miracle Legion’s last show. Time will tell if that’s actually the case, but I think the wave of love crashing from fans of the band last night would be a fitting end to carry Miracle out to sea."

Miracle Legion were a Connecticut-based band that immediately sprang to life on the heels of a post-R.E.M. guitar rock boom, chiefly because lead singer Mark Mulcahy's voice bore an uncanny resemblance to Michael Stipe's, and the arpeggio guitar structures were akin to Peter Buck's. ... more

Bandcamp Daily  your guide to the world of Bandcamp